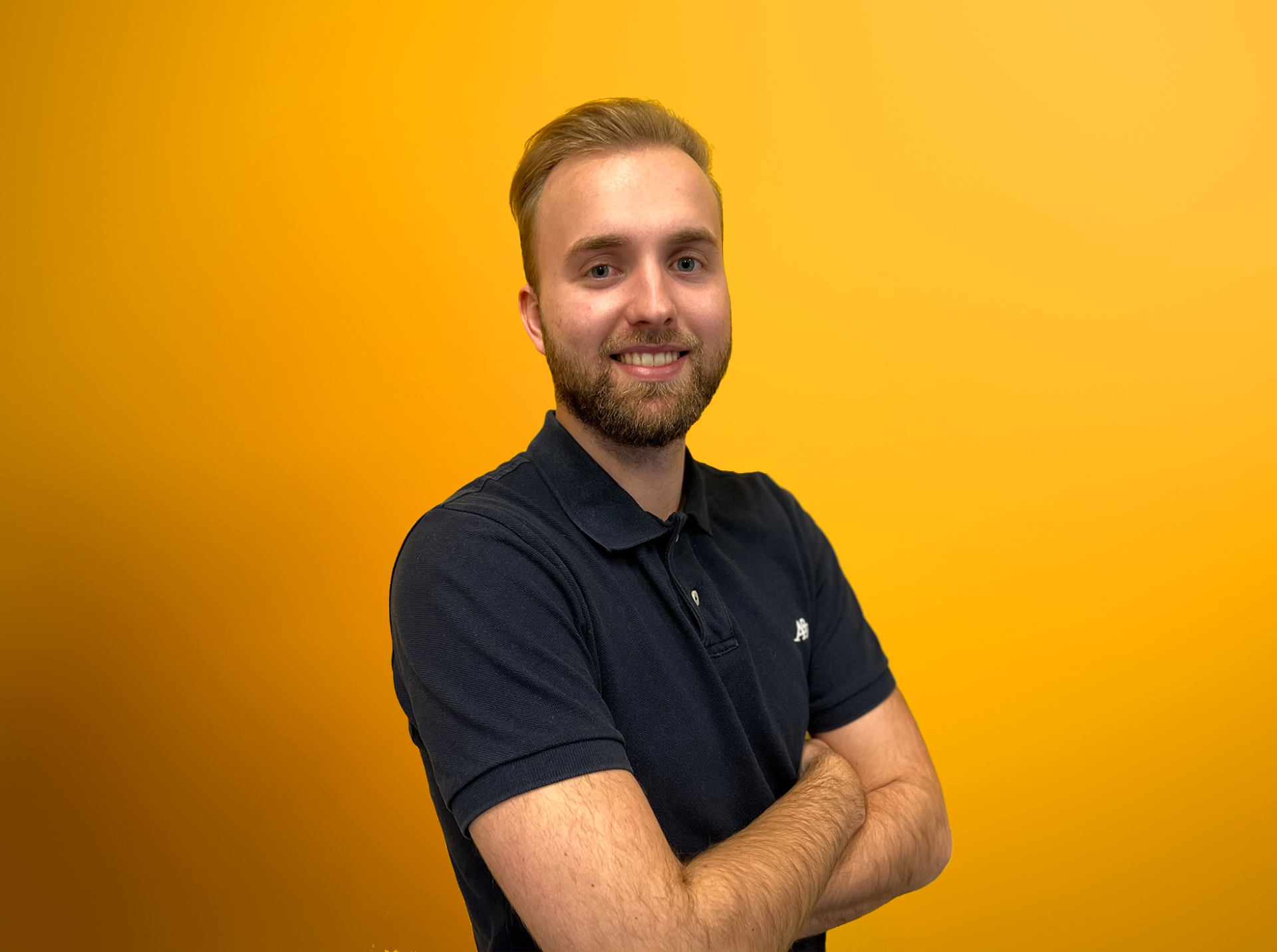 how did you first get into entrepreneurship?

Some people become entrepreneurs because their parents are entrepreneurs, but my reason is completely different. My parents climbed the corporate ladder, and they’d always come home and tell me: ‘Scott promise us one thing, never work for a boss.’ They told me this ever since I was eight. When you tell a kid at eight years old that dogs are scary, they will always fear dogs because that’s just what they understand about the world. I had a certain understanding of the world: that I needed to start my own company. So when asked at age twelve, ‘what do you want to become?’ most kids would say pro footballer or an astronaut or a lawyer; I would say that I wanted to start my own company. People would ask me ‘why?’ and’ in what?’ and I really didn’t know. I only had those answers later on in my journey, but that was really my starting point in entrepreneurship. And yeah ever since I was thirteen I would always try to trade, buy, and sell things. I earned a lot of money with Pokémon cards.

HOW DID YOUr ENTREPRENEURial career officially begin?

It started five years ago when I entered Team Academy, a university similar to Global School for Entrepreneurship. We had the opportunity to start our own companies while obtaining a business degree, and it was also internationally oriented. While there I really wanted to start a company but I had no idea what kind. At the time I was working on many different projects and really looking for my passion, but I didn’t know what it was and I was struggling with that. So for a while, I could not figure it out but then I just said, okay you know what, I am just going to start something. The first company I started was in my first year at Team Academy, and it was a football phone case company. I was basically buying phone cases from China and reselling them here in the Netherlands. I began my second company because the first one was failing, and I wasn’t making any money. This new company was an online coupon for an offline coupon company, so we wanted to innovate offline marketing. After that project, I decided not to start another new company, but to get some experience working first. So while I was still studying I got in touch with a company called Business Models Inc., a consultancy firm for strategy innovation that helps corporates to innovate like start-ups. Like how we teach business modelling here at Global School, we taught corporates and used those methods to help them innovate. I worked there for two and a half years and I wrote a book about business model shifts. I was working on innovation projects for Heineken, IKEA, ING, and also the top-level, CEO types which were super interesting. In our third year at Team Academy, we again had to travel abroad. I knew that Business Models Inc. had an office in San Francisco, so I walked up to my boss and said, ‘You know what, I’m going to promote the book in San Francisco; and in exchange for that, I want €7000 to maintain myself for two months.’ And then he looked at me and he said, ‘I love it. Let’s do it.’

So you went to the United States; tell us about that

so you went to the united states, tell us about that

Once we got the go-ahead I went together with another friend of mine and we reached out to the person in charge of the San Francisco office. She said to us: ‘Well guys, I have another really cool project for you guys to work on, I’m involved with this organization called Holland in the Valley. They are just setting up and they would love to have two entrepreneurial guys like yourselves.’ Holland in the Valley is an organization that’s building a bridge between San Francisco and the Netherlands, as there are a lot more resources there to help scale up. So I worked 50% for Business Models Inc. and 50% for Holland in the Valley. Then COVID-19 happened and you were not able to have any business travel to the United States anymore. At that point the whole business didn’t make sense, so we left early to go back to the Netherlands.

what happened when you returned?

When in the United States l saw that there were a lot of people who only had a pitch deck, and were still able to raise millions of dollars. In the Netherlands, you already struggle if you want to raise 100K, and you already need to have a product. That’s why I came up with an idea. Couldn’t we do anything with the investment world in the Netherlands, and help European companies raise capital the way companies from the United States do? And then I met with my soon-to-be co-founder Milan, and he called me and said, ‘why don’t we start a company together and do this?’ And that was Straise. Straise is, as they call it in fancy terms, an investment banking firm that specializes in start-ups. We started to raise capital and we scaled the company pretty quickly, we had clients in 16 countries. However, at some point, it was super frustrating because I honestly believed that we had seen the next Airbnb, Facebook, or Uber, but never had the opportunity to invest in them ourselves because we didn’t have a fund. And then a year later when I opened my LinkedIn, we had the opportunity to invest €300,000 at the €3,000,000 valuation, and now you saw this company raising €100,000,000 at a billion-dollar valuation and you’re like, ‘okay, that should be me.’ So that’s why six months ago I decided to exit Straise to pursue something in the investment world. That’s why I’m now setting up my own fund called Influencer Capital.

tell us more about influencer capital

So we invest in start-ups specifically focused on consumer brands and technologies. We do it a little bit different though because we don’t invest with capital but with media; specifically with influencer marketing. This media investment model is not new, typical TV companies do it already. They give start-ups access to promotion on TV, which for start-ups is really good because normally they don’t have the budget to do that. With this, they are able to tap into mass marketing channels and exponentially grow. There are a lot of companies that became famous through this, such as Pinterest, LastPass, and Zalando. But what we see is that the next generation doesn’t spend as much time watching TV anymore. They engage more so on mobile devices, and they learn about new products and services via influencers. That’s why we work together with groups of influencers to invest in influencer marketing and scale start-ups. So yeah I started with selling phone cases, and now I’m here. I was only able to start Influencer Capital because of my previous experiences. I take every experience as a learning opportunity and apply that to a new company. And what I also now see is that every step I’ve taken has been the right one, because I understand the start-up process. If I had the same Influencer Capital idea five years ago when I started, I would never have been able to pursue it. I tell the students this as well: don’t wait for the perfect business model, just try things.

You’ve clearly accomplished a lot already despite your age, how do people react to your journey?

youve clearly accomplished a lot already despite your age, how do people react to your journey?

I’ve already worked as an entrepreneur for five years, so it’s been quite a while already. When people say ‘Oh, how are you already that far in your journey?’  I’m like, I’ve already done this for 5 years. People try to compare their chapter 1 to my chapter 20 and that’s dangerous, you know. That also makes it sometimes a bit hard to be here at Global School because I’m 24, there are students older than me. Maybe they think that they should be where I am. I’m not saying that I’m further than them because everyone has their own journey but yeah, that’s sometimes interesting.

HOW do you reflect on your own journey, and how can that help tomorrow’s entrepreneurs?

There is a nice quote from Steve Jobs, ‘you can only connect the dots looking backwards’ and that is exactly what I am doing now that I am in this investment world. Things that I did when I was 13 make sense because I was already trading and finding opportunities back then. And while you can connect the dots looking backwards, sometimes the dots are also not connectable (such as selling football cases). What does the phone case company have to do with your larger vision? But it just helps me to put everything into perspective. I feel like you learn from every experience; the mistakes and everything that comes from that. 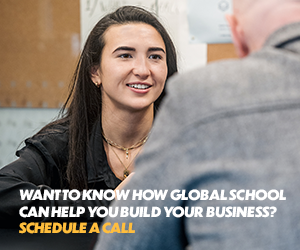 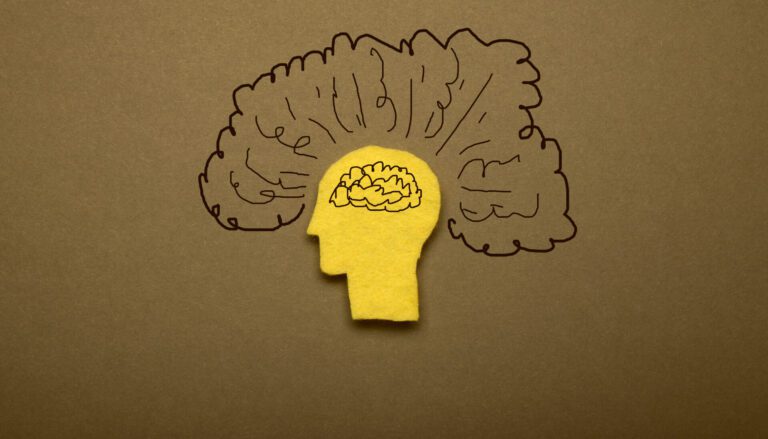 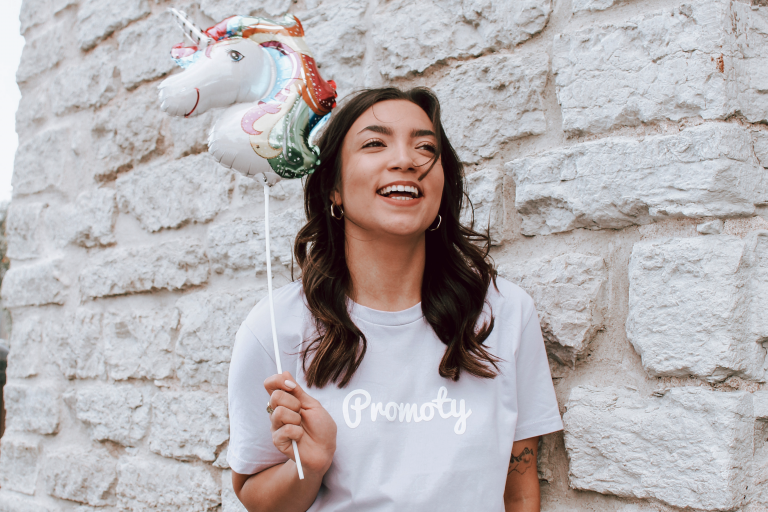 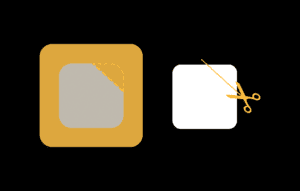 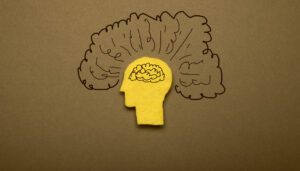 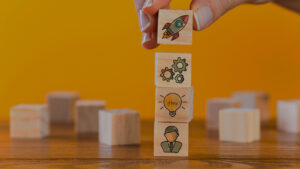 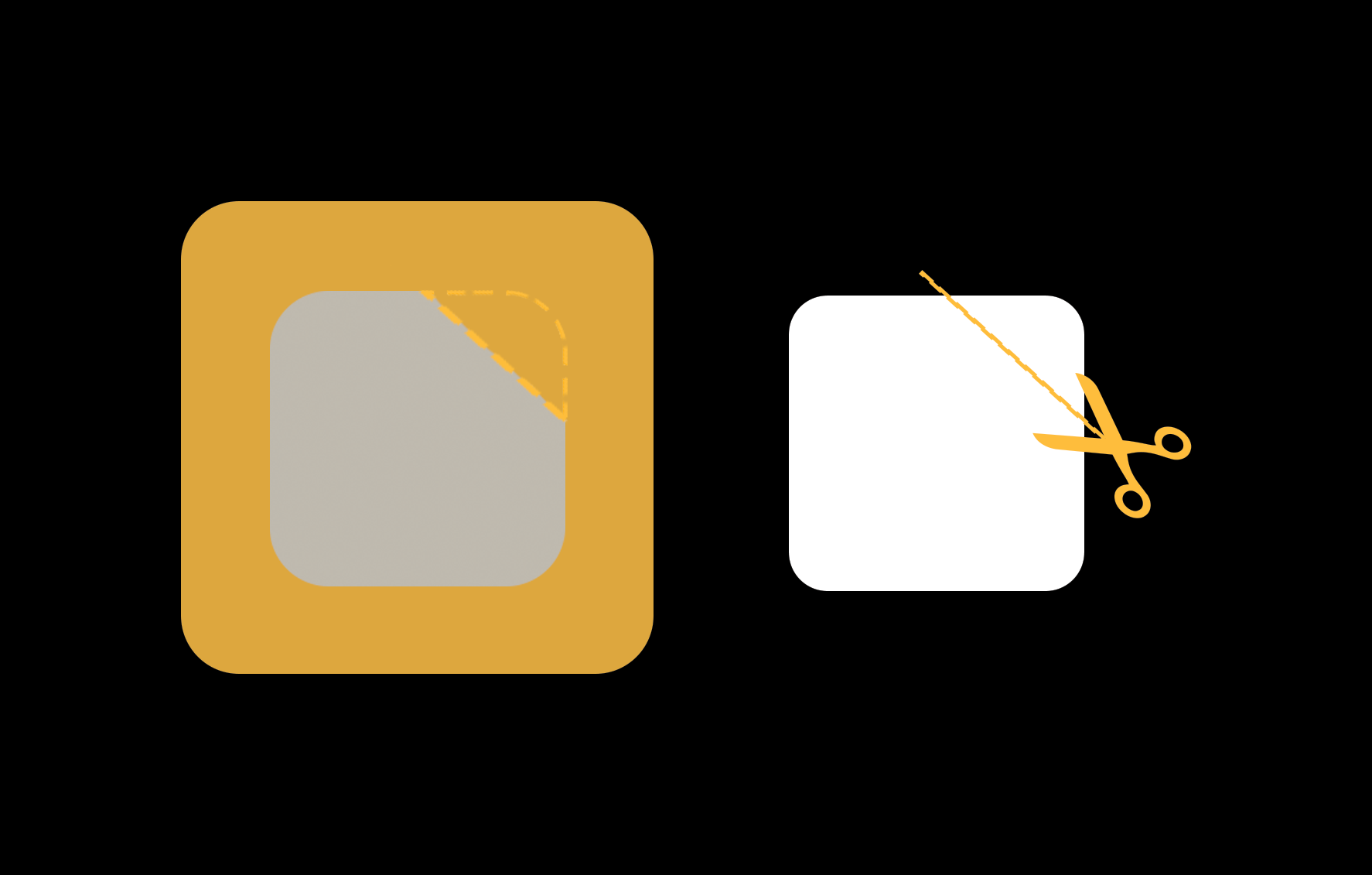 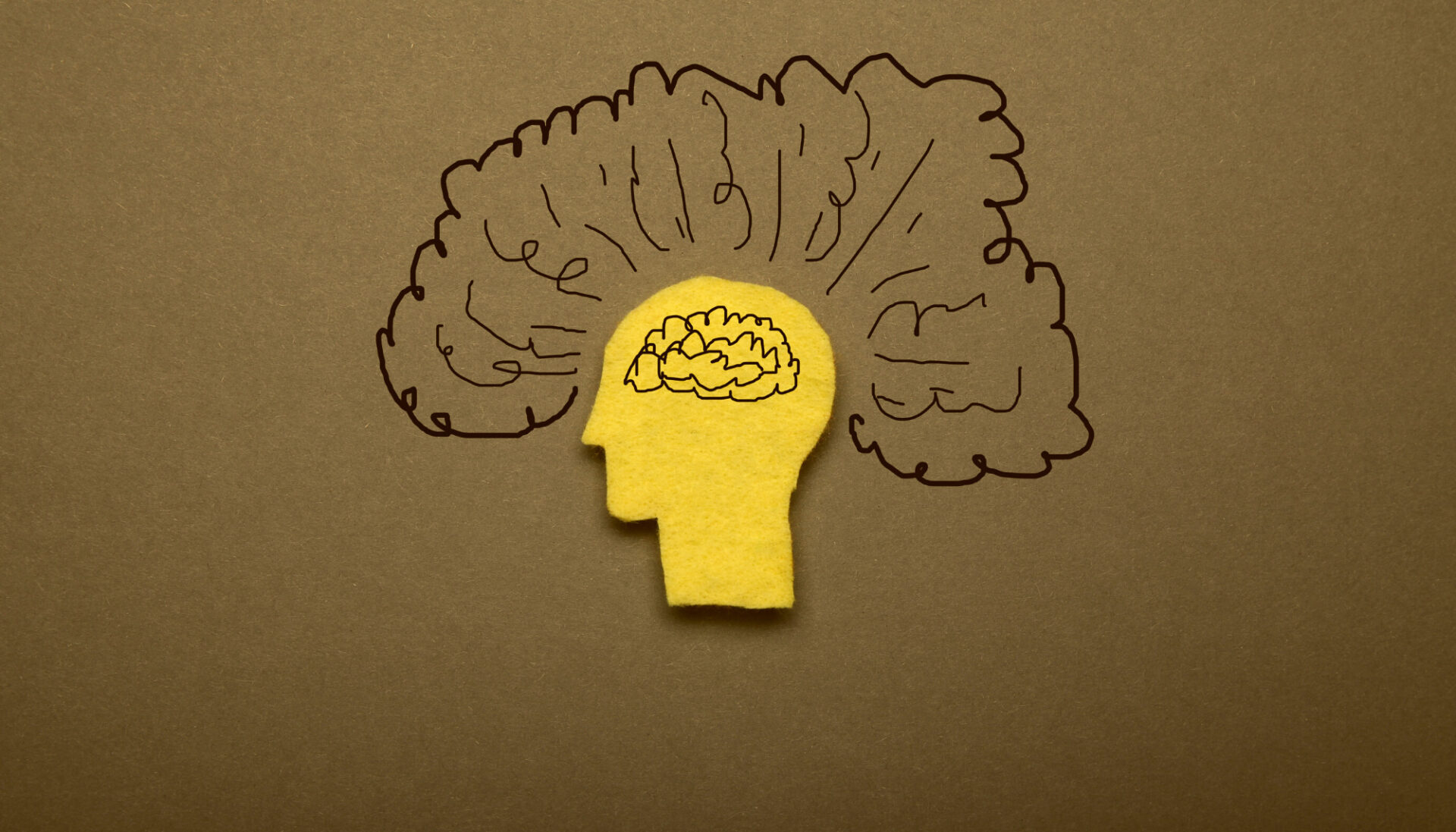